Chino, California, January 21, 2020 – The Board of Directors of Chino Commercial Bancorp (OTC: CCBC), the parent company of Chino Commercial Bank, N.A., announced the results of operations for the Bank and the consolidated holding company for the fourth quarter ended December 31, 2020. Net earnings for the fourth quarter 2020, were $699 thousand, or an increase of 39.1%, as compared with earnings of $502 thousand for the same quarter last year. The increase in earnings is primarily attributed to the increase in loan interest and loan fee income. Net earnings per basic and diluted share was $0.31 for the fourth quarter of 2020, and $0.23 for the same quarter last year.

Dann H. Bowman, President and Chief Executive Officer, stated: “Despite the difficulty being experienced in our community because of COVID, the Bank has performed well during this time. By assisting small business customers and households, we have experienced a 37% increase in total assets, a 35% increase in total loans, and a 2.7% increase in net after tax earnings. Loan quality also remains very strong, with the Bank having no loan delinquencies and no foreclosed properties at year-end.

We believe that during tough times like these, the Bank’s value proposition stands out the most, and we may have many more opportunities to gain new banking relationships. We have a great team, a great market, and we are excited about the prospects for the Company over the next several years.”

The increases in total assets, deposits and loans are attributed to Bank’s response to the overwhelming request of PPP loans. Overall, the Bank approved and funded 396 PPP loans with an outstanding balance of $46.7 million as of December 31, 2020.

Non-interest income totaled $440.2 thousand for the fourth quarter of 2020, or a decrease of 3.6% as compared with $456.6 thousand earned during the same quarter last year. The majority of the decrease is attribute to a significant decrease in overdraft fees. General and administrative expenses were $1.8 million for the three months ended December 31, 2020, and $1.7 million for the same period last year. The largest component of general and administrative expenses was salary and benefits expense of $1.1 million for the fourth quarter of 2020 and $1.0 million thousand for the same period last year.

Forward-Looking Statements
The statements contained in this press release that are not historical facts are forward-looking statements based on management’s current expectations and beliefs concerning future developments and their potential effects on the Company. Readers are cautioned not to unduly rely on forward- looking statements. Actual results may differ from those projected. These forward-looking statements involve risks and uncertainties, including but not limited to, the health of the national and California economies, the Company’s ability to attract and retain skilled employees, customers’ service expectations, the Company’s ability to successfully deploy new technology and gain efficiencies therefrom, and changes in interest rates, loan portfolio performance, and other factors. 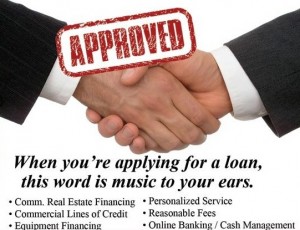